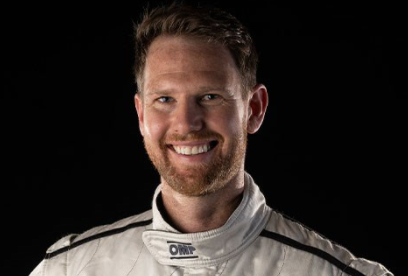 Partly, the data company organising the world's most fragmented industries, has appointed Kiwi Tony Austin as Chief Strategy Officer, off the back of its successful pre-Series A capital raise of NZ$3.7 million last year.

As CSO for Partly, Tony’s key focuses include spearheading the business strategy, cultivating rapid growth and global scale, and helping to upskill and mentor the Partly team. He will also take on the title of co-founder, being one of Partly’s founding investors back in 2020.

Originally from New Zealand, Tony joins Partly from global ecommerce giant, Amazon, where he worked for more than six years across Europe and Australia, most recently as the latter’s Country Manager of Amazon Global Store and General Manager of Cross Border Businesses.

Under his leadership, Tony oversaw strategy, product management and marketing for Amazon Automotive’s European division, before shifting his focus to Australia where he was a key driver in establishing and  growing Amazon’s brand presence in the local market, which has transformed the ecommerce landscape to what it is today.

Prior to Amazon, Tony’s experience spans a variety of retail, automotive and ecommerce sectors, including Head of Motors at eBay, where he was responsible for the overall strategy and P&L of two multi-billion dollar categories, and led eBay Motors to be the largest automotive player in the global Vehicle Parts and Accessory space.

On his appointment, Tony Austin says: “It was clear from the beginning that Partly’s approach was truly revolutionary. I’ve witnessed first-hand how inadequate automotive parts cataloguing is, and how it impacts millions of automotive parts buyers and fitters globally, every second of every day.

“I strongly believe in the potential of Partly as a customer-first difference maker in the global automotive parts ecosystem, and ultimately for the everyday fitter or car owner. There’s a strong alignment of values, charter and complimentary experience set, and I truly can’t think of anywhere I would rather be than in the front seat to help make that happen, especially back home in New Zealand.”

Partly CEO and co-founder Levi Fawcett says: “Partly has gone from strength to strength over the past two years and the appointment of Tony is indicative of that momentum. We’re extremely pleased to see how Tony’s wealth of knowledge and expertise across Europe and Australia will accelerate our growth across our global markets, ​​and help us to cement our standing on the world stage as a global category leader.”

This appointment of a CSO role follows Partly’s ongoing record of success, having reached a NZD$50 million pre-Series A valuation after raising NZD$3.7 million in venture capital.