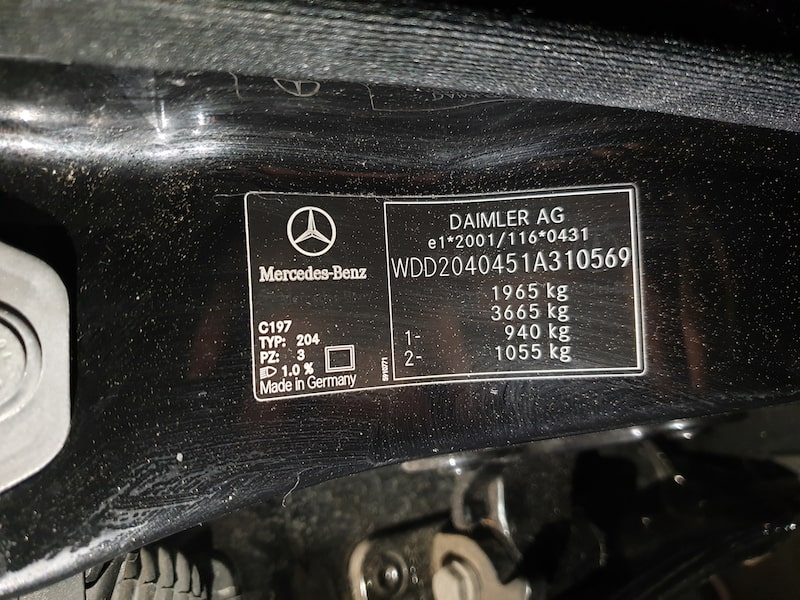 A VIN, which stands for “vehicle identification number” is a unique code used by the automotive industry to identify individual vehicles. Sometimes, it is also referred to as a chassis number or frame number. Each VIN is composed of 17 characters and follows a standardized format.

While the coding can vary across OEMs, the first three characters usually identify the manufacturer. The following fourth to ninth characters represent the vehicle’s attributes like the platform, model, and body style. The tenth to seventeenth positions identify the specific vehicle which includes information such as the engine, transmission, model year, plant code, and production number. The production number can often include more detailed vehicle specifics like the interiors, or particular vehicle modifications.

VIN codes are used throughout the industry as a unique identifier to determine a vehicle's specifications and origin. In this article, we’ll focus on the most common use-case of VINs in the automotive parts industry - using a vehicle’s VIN to determine compatible parts.

It’s a difficult problem to solve and many companies have attempted to match parts with VINs in different ways. At Partly, we often refer to an interface where the consumer enters their VIN number, selects a part type, and is returned the correct OEM part with aftermarket replacements as “the holy grail”.  However, using a VIN for this purpose is not common in every country throughout the world. In many countries, consumers are unaware their car even has a VIN. In these markets Vehicle Registration Numbers are more commonly used for vehicle identification. Nevertheless, for markets and industry pockets where VIN identification is common, there are a number of software tools and websites that are used.

However, not all VIN identification techniques are created equal. There is a common misconception that VIN searches are all the same, but this is far from the case. There are a number of different methods to extract information from a vehicle’s VIN and some are far more accurate than others. We’ll dive in to explain the differences in this article. It is important to note that often all these different methods are commonly simply referred to as a “VIN search” so it may take some research to determine the method actually used when someone mentions “VIN search”.

This method is the most simple and least accurate way of interpreting a VIN. It simply relies on breaking the VIN down into its different properties and decoding the known code mappings using an algorithm.

Generally, information can only be extracted using this method is the vehicle attributes such as the make, model, year, and production line. More specific information such as the engine code and number of doors cannot usually be extracted using this method. Because of this, it’s not a very reliable technique for modern vehicles which can be highly configurable. However, it may be useful for use cases where only very basic vehicle information needed to be decoded.

If the returned results of the VIN search you are using only includes very basic vehicle information, then it is likely using this method. Unfortunately, for part sales as a use case, this method is not very useful as the vast majority of parts require more detailed vehicle descriptions which cannot be provided by a VIN decode alone.

This method is much more accurate than a simple VIN decoder (usually reaching ~98% accuracy). This method utilizes a portion of the VIN linked to the vehicle, for example the first 11 digits, and then guesses the last digits based on a serial number interpolation.

This method will often provide information about the engine, transmission, model year, plant code, but not the serial number (the last 6 digits) which might contain build-specific information, such as specific colors, specs, trims, & interiors.

This method is often built using information that is already pre-researched such as a government database. Of course there is a lot of further research and development that goes into the prediction model and this often needs to be on a country by country basis.

This method is the most accurate and uses the OEM catalog, or a service provided by the OEM directly. This will search the full 17 digit VIN and return all the original information assigned by the OEM including details contained in the serial number.

This method doesn’t work well for older cars because the industry did not yet have reliable data structures in the past. However for the majority of vehicles this method will return the full details of a VIN linked to build sheet level details from the specific production line.

So why doesn’t everyone use this method? Because it is very expensive and generally not economical for a parts use case. This method is more common for the insurance or stolen vehicle report use case.

In addition not all OEMs provide this service and accuracy and availability ranges between OEMs.